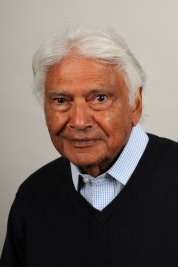 Dr. Shivananda is a medical epidemiologist with substantial background in International Scientific leadership in Europe. His field is digestive diseases.

He is originally from a small village in Western Rajasthan- India.

Since coming to The Netherlands, he has worked at the University Medical Centers in Leiden & Rotterdam and the Dutch National Institute of Public Health (RIVM) in Bilthoven.

He established himself in the position of international scientific leadership as the Principal Investigator & Scientific Director of a European Collaborative Study on digestive diseases (EC-IBD) with a grant of € 500.000 from the European Commission in Brussels. Participants included twenty leading medical centers from across Europe ranging from Iceland in the north to Heraklion in the south.

The publications coming out of the study (see Shivananda et al. GUT 1996; 39:690-697) have made an important contribution to the advancement of knowledge on the risk of inflammatory bowel disease (IBD) in different populations of Europe. Workshops & consensus meetings held during the study in different parts of Europe have also had an impact on promoting clinical uniformity in the diagnosis and treatment of IBD (see Len nard-Jones & Shivananda Euro J Gastroenterol & Hepatol 1997; 9:353-359). Some of these publications and Dr. Shivananda’ S work in the breast cancer field in the Arab populations of Yemen and Sudan -as a consultant to the European School of Oncology (ESO)- Milan- can be seen on the Internet.

In recognition of his work he has been invited as speaker/or chairman of scientific sessions at many international medical conferences in Europe, America, China and India; and was offered membership of the Gezondheidsraad (National Health Council of The Netherlands in 1983); the Royal Society of Medicine in London (1985), the American Association for the Advancement of Science (1997), the College of the European School of Oncology in Milan (1997), the New York Academy of Sciences (1997), and the scientific committee of the Directorate General –Health & Consumer Protection -of the European Commission in Brussels (2000).

Dr. Shivananda’s wife- Maria-is Dutch. Their daughter, Narayani, is a schoolteacher and lives with in Olympia, Washington. And their son, Alexander, is an Engineer and a graduate of the Harvard Business School with an MBA.